Where did the explosive growth in venture activity come from?

In other words, was it demand, supply, or some combination of the two?

Here's a hint: we don't have nearly enough startups.

Measured in either financing activity or equity valuations, the venture-backed startup ecosystem has grown a lot: 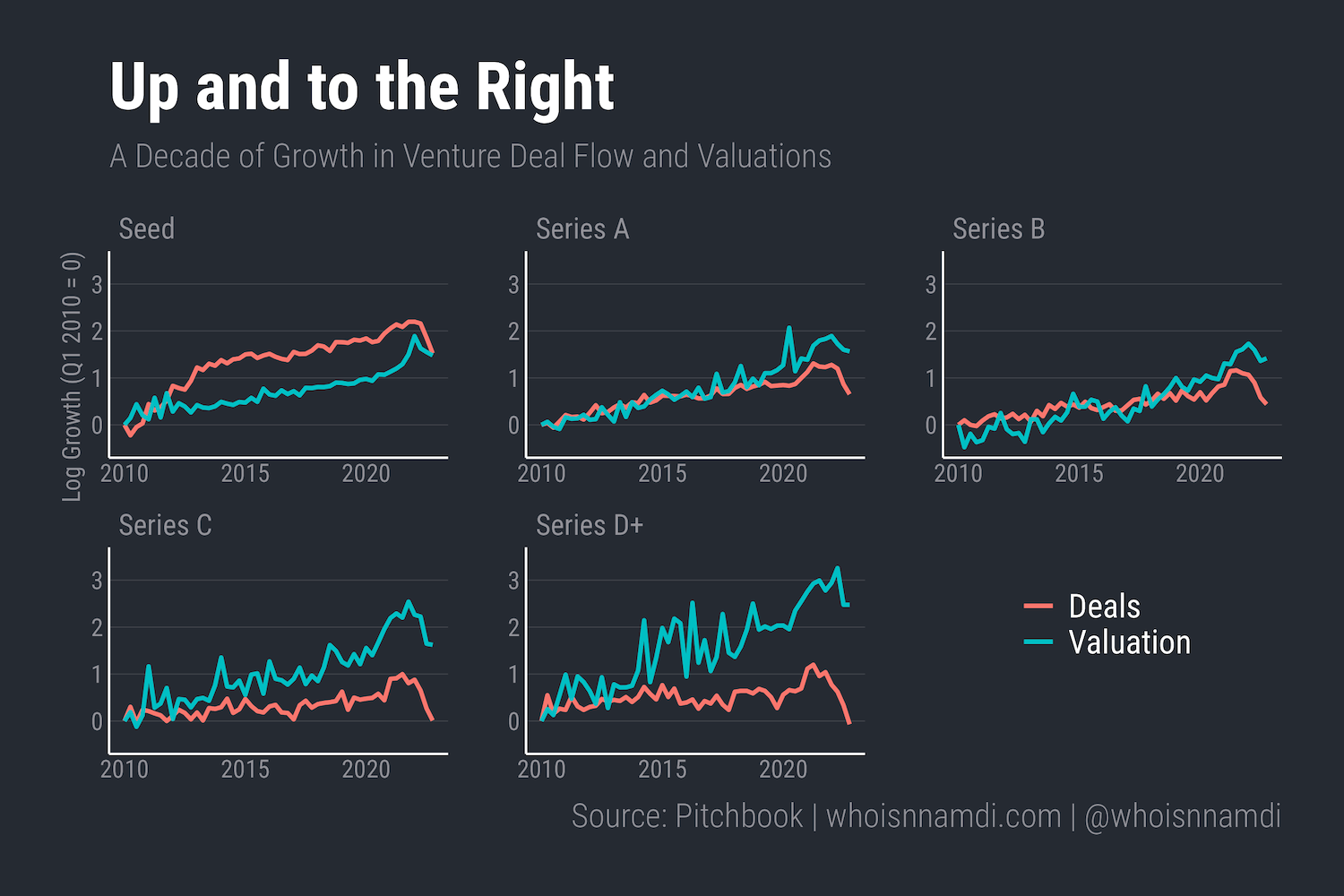 There's a common narrative out there that the bonanza in venture-backed startups over the last decade reflects growing entrepreneurialism, the ease of starting a company, etc.

I question this story.

Only Seed rounds grew significantly faster than real GDP over the last decade. Series A's also outpaced GDP but not by much. The rest are on or even below trend, especially after the recent slowdown: 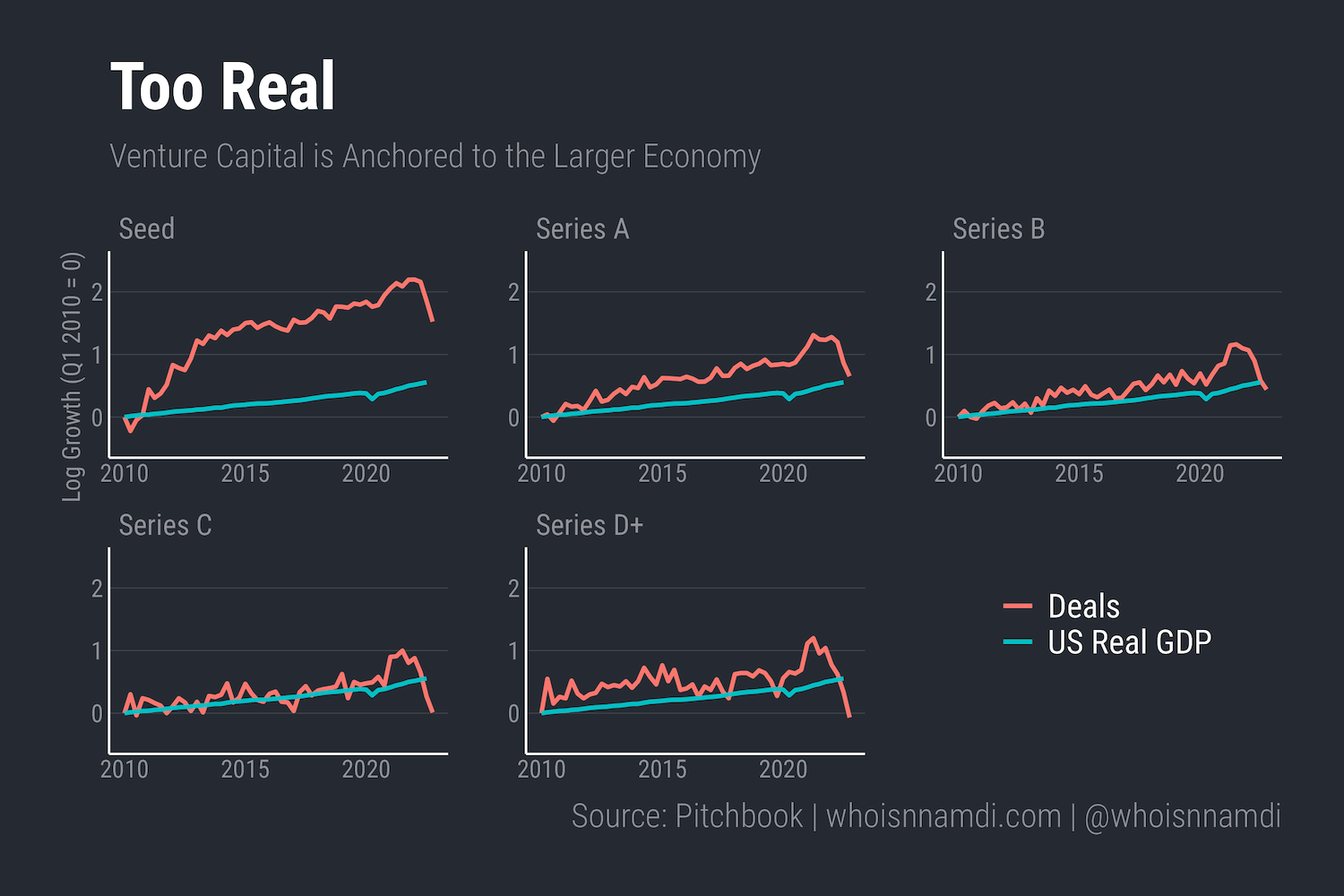 Note: Q4 2022 US GDP not yet available as of publication

The U.S. economy isn't growing quickly by the way – 2% real growth year-over-year is a good benchmark. So if the trends line up, the venture world can't be growing much faster than 2% in real terms, that is, excluding the impact of valuation inflation that I discussed a few essays ago.

At the later-stage, valuation inflation explains nearly all growth in venture funding over the last eleven years – It's Valuations (Almost) All the Way Down

An equally if not more plausible story is that demand-side factors drove the explosion in venture activity over the last decade. Growing investor interest and appetite for private startups could explain much of the growth.

However, merely staring at trend lines doesn't yield much insight. It's like a tough marketing attribution exercise – the growth attributable to either demand or supply is ambiguous.

We should resolve this ambiguity:

Valuations can't rise forever, so over the long-run venture capital can't grow much faster than the number of ventures themselves – It's Valuations (Almost) All the Way Down 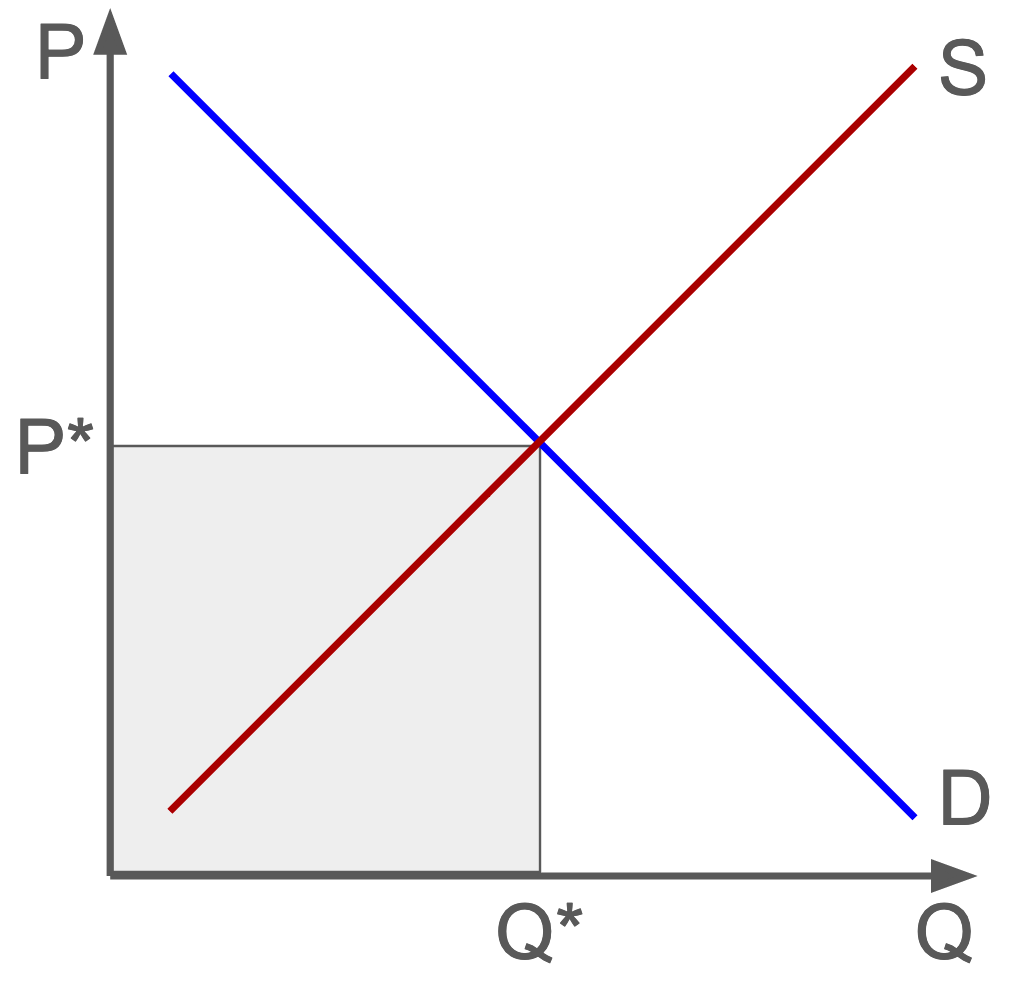 In this model, two forces can move markets. Demand can shift (for reasons that don't have to do with prices themselves), which causes prices and quantities to move in the same direction (up when demand increases, down when demand decreases): 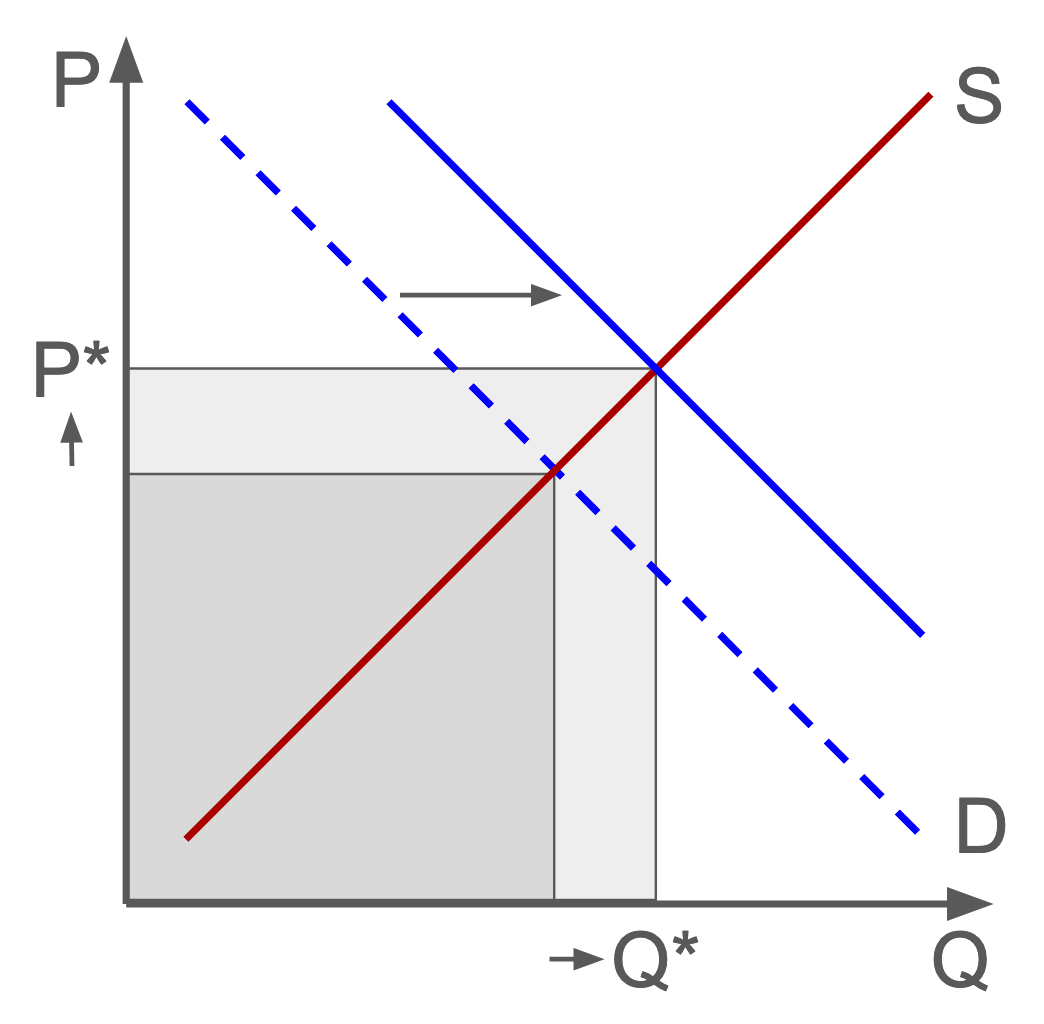 Or, supply can change (again, for reasons other than price), in which case prices and quantities move in opposite directions (price move against supply, quantities move with supply): 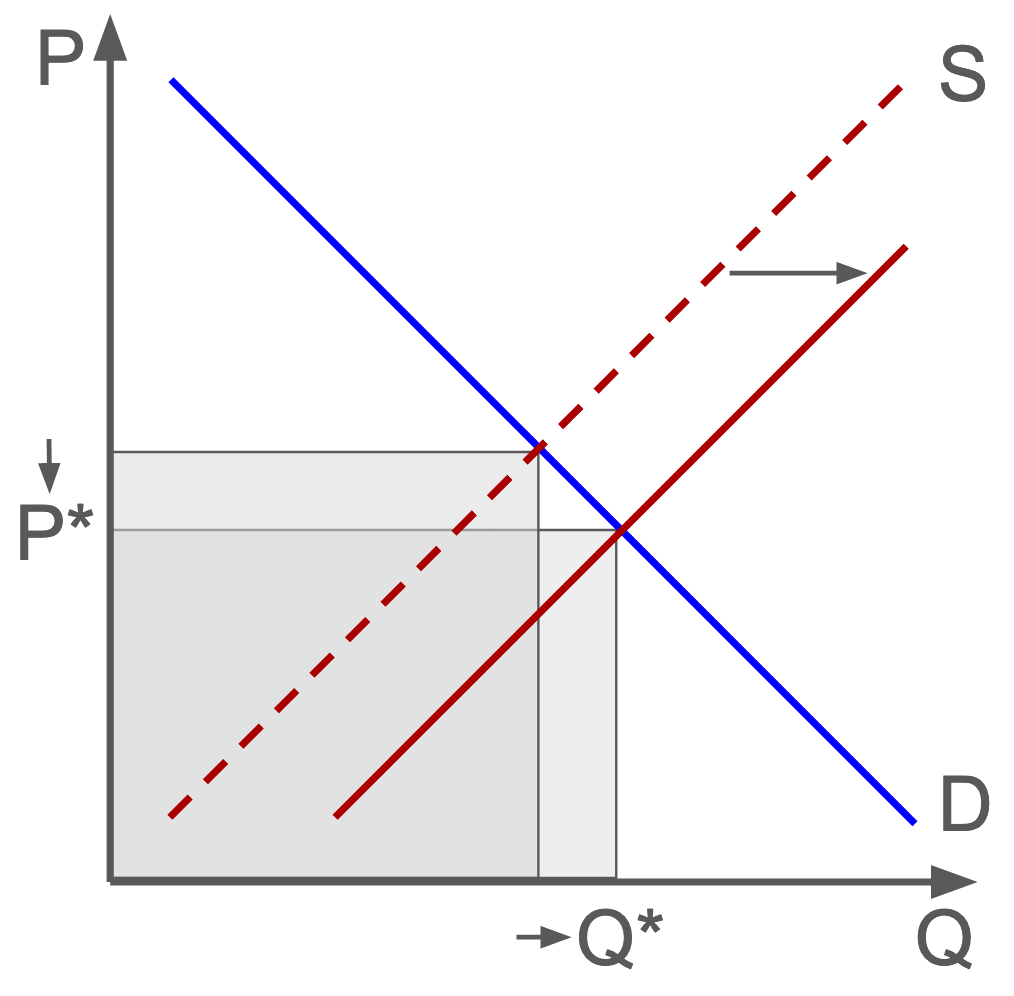 Venture deals and valuations have both grown over time, so it's all demand-driven right? 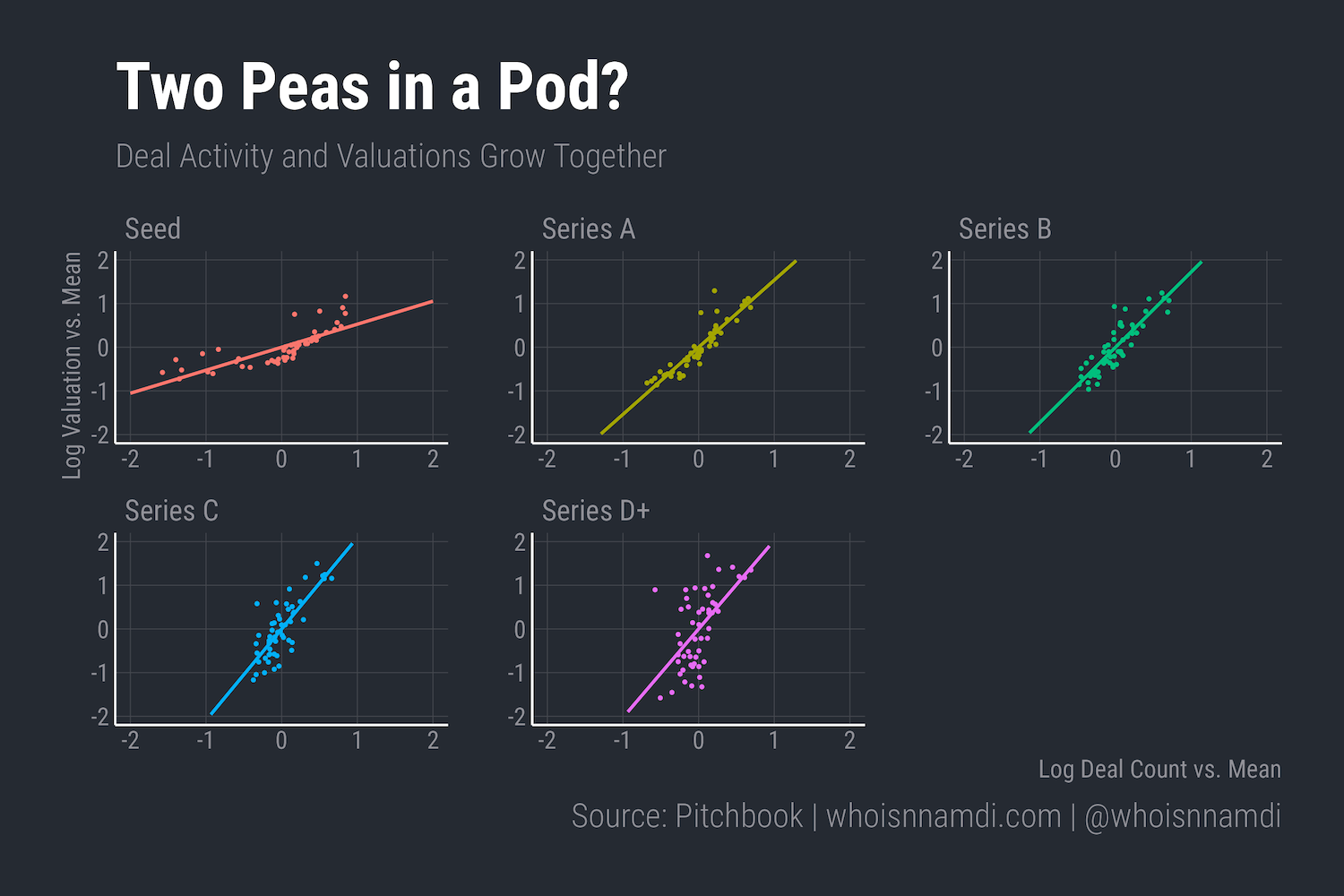 While it's tempting to end the analysis here, for reasons I'll skip over, you can't simply compare two trending metrics and assume they're correlated. The relationship could easily be spurious, and we don't want that. By the magical transitive property, anything we concluded based on that relationship would be spurious as well. Cool math.

The key is to "de-trend" the data first. We need to remove the long-run trend and then compare deviations from that trend.

Ignoring the details, here's what that looks like (data normalized and smoothed slightly to remove noise): 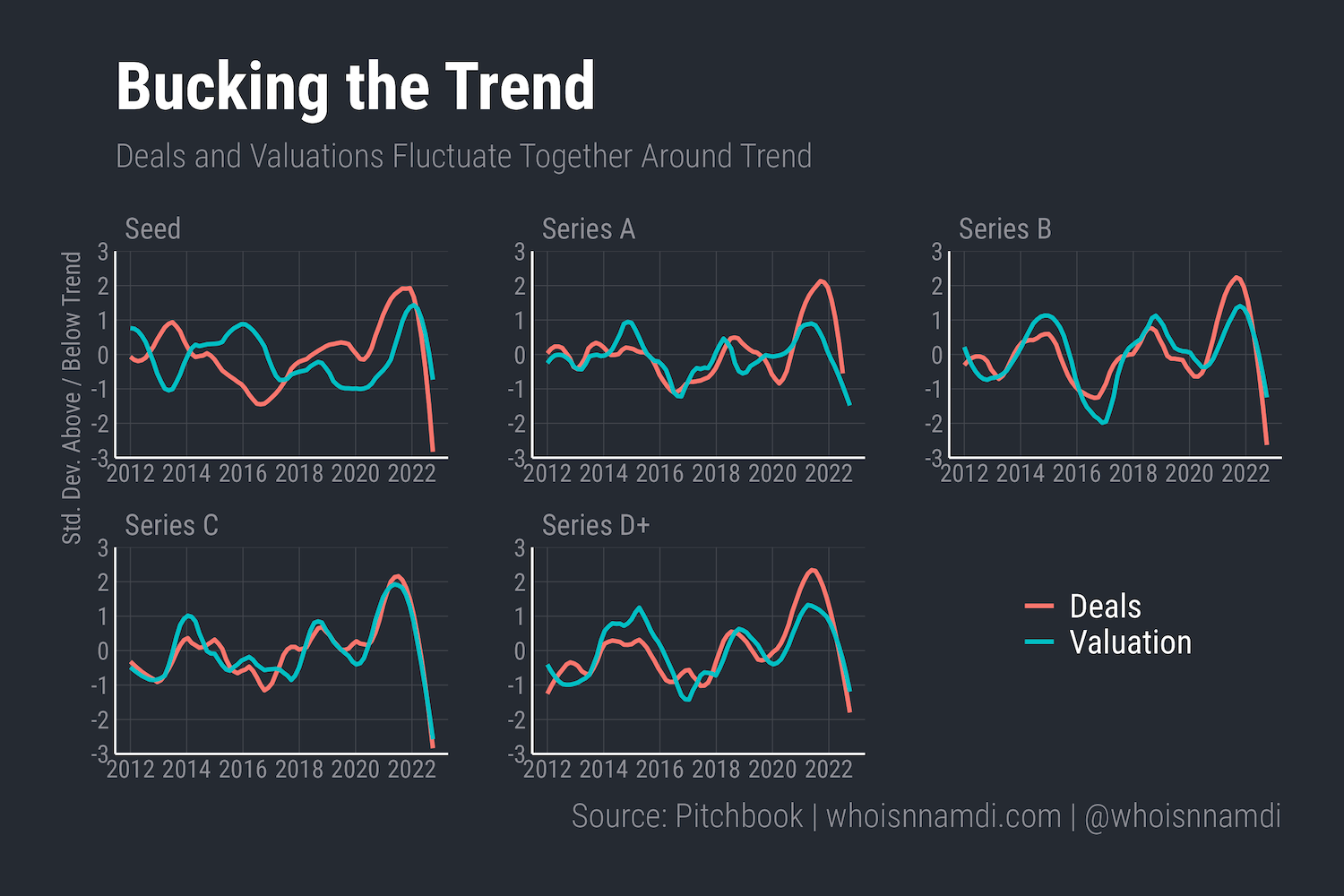 Lo' and behold: deal flow and valuations fluctuate together around their respective trends.

OK, maybe that's not always true, but it's nearly always true. Early stage is the exception to the rule.

Seed financings were negatively correlated with valuations before roughly 2017:

Series A rounds used to be positively linked to valuations, but they've de-correlated over the last few years:

Across growth and later stages, deal flow and valuations are unambiguously positively related, moving almost in perfect unison for the last decade:

Some of these relationships have shifted over time, so let's visualize that with rolling three-year correlations for each stage: 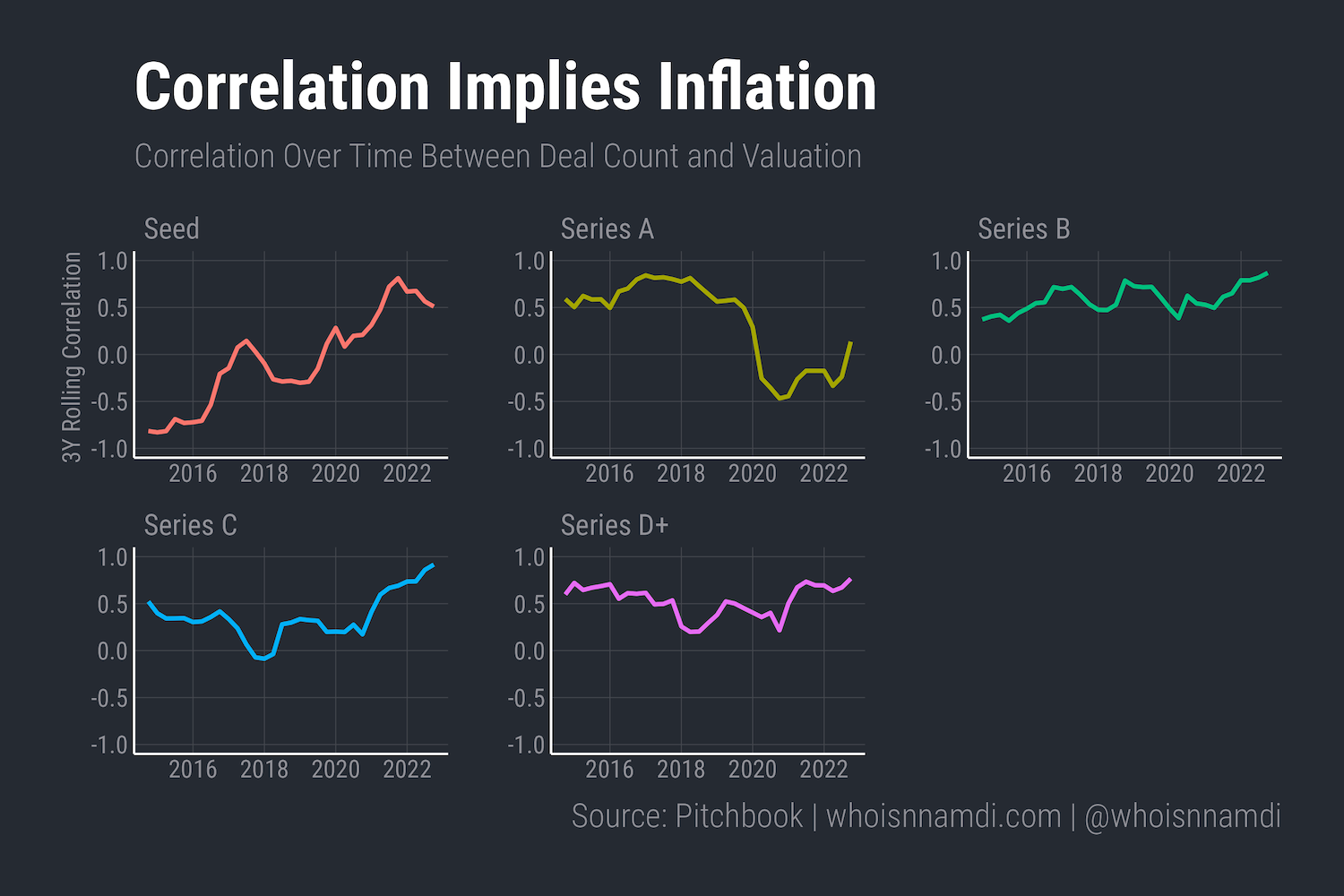 This is the best evidence I've seen to date for the demand-side hypothesis.

In other words, the supply of startup equity is badly constrained:

The venture ecosystem is supply-constrained – there isn't nearly enough startup equity out there to satisfy investor demand.

Additional capital drives opportunistic company formation at the Seed stage. However, the additional capital doesn't improve survival to the later stages – it simply drives prices up for the remaining companies – It's Valuations (Almost) All the Way Down

As a reminder, our evidence for this is the positive link between de-trended deal activity and valuations. That's a nice trick, but it only tells us at each point in time whether movements in demand or supply dominated. I want to explain the entire last decade or so of venture history in terms of supply and demand channels.

Yes, yes, history is not bi-causal, hammer looking for a nail, etc, but how about one more magic trick to close things out?

Let's stretch our simple supply and demand model to the absolute extreme:

Here's what that looks like for venture deal flow since early 2010. Demand is red, supply is blue, sugar is sweet, and so are you: 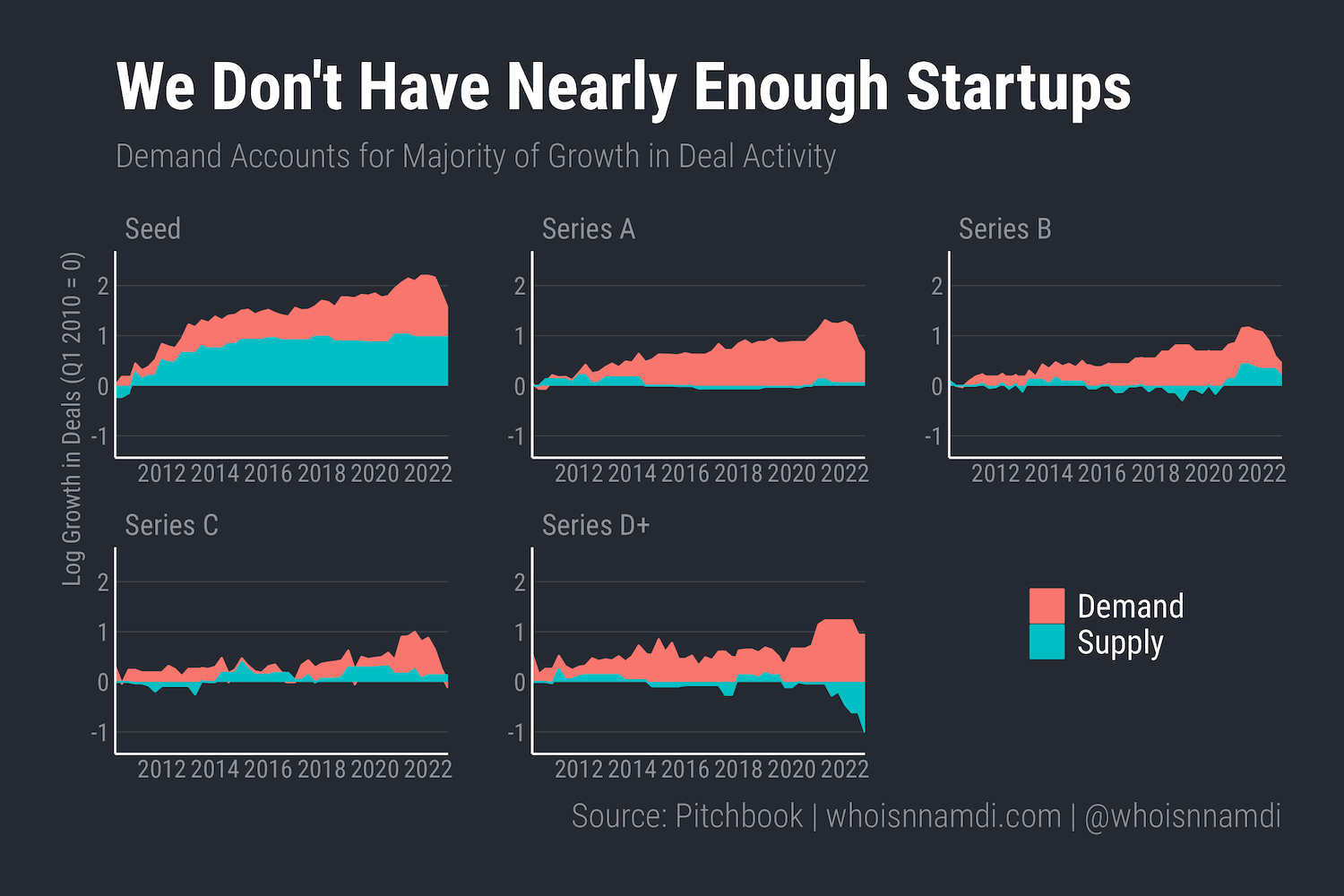 That's a lot of red out there: 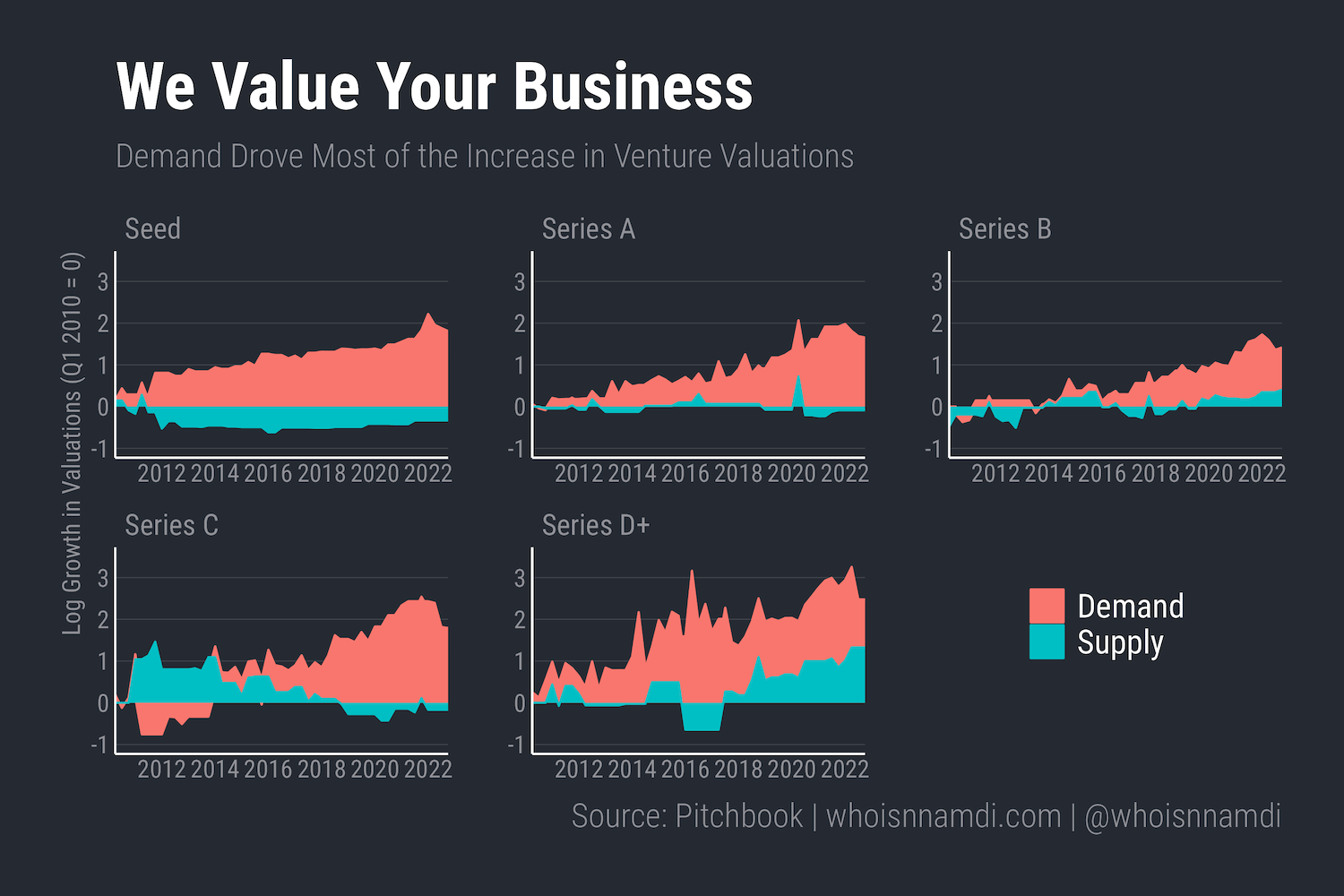 The story isn't much different for valuations, except perhaps with some signs flipped:

In case I haven't sufficiently caveated already: this is extremely unscientific. No Nobels will be awarded for this work (your subscription is enough reward for me, awwww), but it does serve as coarse, suggestive evidence that demand is, or at least has been, king in venture over the last decade.

There's only so many startups to go around

So, what have we learned?

To the degree founders are starting more venture-backable companies, it's largely driven by the cold, rational calculus that investors are much more eager to buy up equity in private companies today than they used to be.

This explains much of the growth in the venture ecosystem over the last decade: more deals get done and those deals are more expensive because of surging investor demand. This has been great for founders.

However, this will be painful for investors, since companies rarely grow into their valuations:

Most often, companies don't grow fast enough to compensate for rising valuation multiples. Instead, high valuations today imply slower value appreciation in the future, i.e. lower returns.
…
Investors like to think companies will grow into their valuations, but more often than not, the stock simply underperforms – Companies Rarely Grow Into Their Valuations

Meanwhile, the supply of startup equity remains constrained. Rather than potential founders becoming more eager to start companies for "fundamental" reasons, entrepreneurs are reacting to investor sentiment. While there's been some growth in supply at the earliest stages, the fundamentals haven't necessarily improved much, which is why late stage deal flow hasn't grown any faster than U.S. GDP.

I'll repeat what I said earlier – we'll all be much better off if more people start companies for good, wholesome reasons that don't have anything to do with valuations.

There was a time where the notion of handing millions of dollars to an extremely young company sounded crazy, and anyone willing to do so extracted a significant ownership stake for taking on that risk. Founders got diluted, badly.

We're well past that now. Dilution has fallen in every stage since 2010: 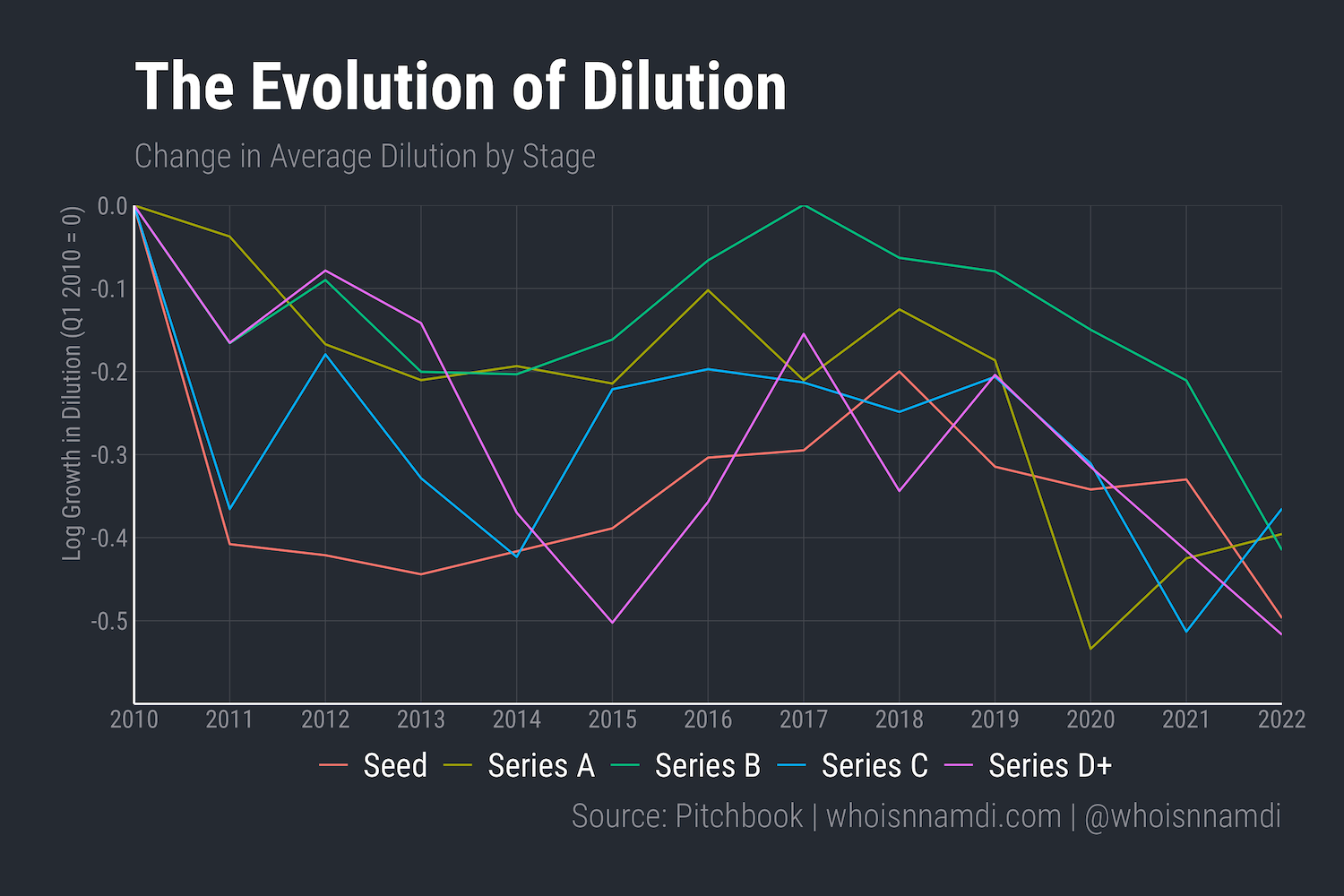 We have more startups, but:

The demand side got a bit ahead of itself. It's time for the supply side to catch up.

We don't have nearly enough startups. 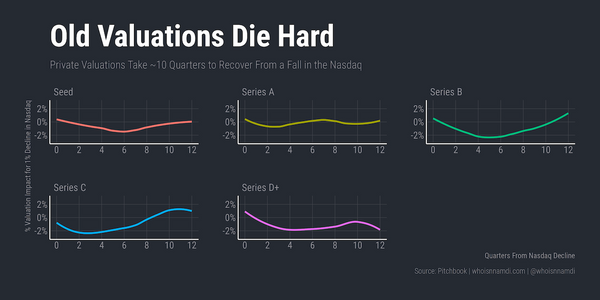