Developer relations (DevRel) is one of the toughest hires to make in early stage, developer-centric startups.

... even if you're fully onboard with the idea of developer relations, doing it well is tough. To start, developer advocates are hard to come by. There just aren't many DevRel folks out there. The function is still relatively new, and career pipelines into the role have yet to fully materialize — Four Challenges Facing Developer Productivity Startups

But there are structural issues behind the small quantity of available developer advocates — it leverages a combination of skill sets not often found in a single package, making it a tough role to hire for:

DevRel is a hard spec to hire for. Technical folks are usually introverts. Extroverts are typically not technical — Developer Advocate, Analytics Infrastructure Startup

I want them to be technical, and I'm always looking for empathy. It's very hard to find these things in a single person, this combination — Head of Developer Relations, Web Development Startup

Even among the available pool of developer relations talent, companies have a hard time knowing who will be better at the role and what the key success factors are. How much does prior experience matter? How critical is it to have a large social media following?

I've spoken to numerous founders and developer relations professionals to tease out best practices for DevRel hiring. This piece focuses on how to find high quality developer advocates despite the scarce supply.

Most developer advocates are former engineers. So, talk to some current engineers

Getting into this career can be hard, but there are many developers that I'd bet on to be great first time developer advocates — Tessa Kriesel @ Devocate

At some point, everyone gets their first gig in Developer Relations, and most of those people were developers themselves just before. Thus, current engineers are a great potential source of DevRel talent, if you're willing to do the work to pitch them on the role.

In fact, many people who could be great developer advocates don't know how to break into the field. For example, many engineers simply haven't spent the the time to build up a large social media following, but this doesn't mean they couldn't be successful in the role:

... the ones who could be good often have a hard time getting a foot in the door without a Twitter presence — Developer Advocate, Application Infrastructure Startup

Some companies have realized this and shifted most of their DevRel hiring internally, focusing mainly on convincing existing engineers to try it out.

The pitch? Developer advocates can often have impact much sooner and more frequently than engineers:

We hire most of the DevRel team internally. Folks realized they could make an impact much sooner as DevRel than as engineers. Software releases take so long, but content takes much less time — Head of Developer Relations, Web Development Startup

Developer advocates "ship" faster. A piece of content — a blog post, a Twitch stream, etc — is often much quicker to assemble and publish than shipping some piece of software, like a new feature, to production:

Sometimes it's enough just to write an article just to start a conversation. It doesn't have to be a full fledged feature release like in software — Head of Developer Relations, Web Development Startup

So if you're having difficulty finding candidates for your open DevRel role, talk to some current engineers, even one's working at your company.

And when you do, leave your biases at the door with respect to experience or social media following...

As with any role, it's super tempting to assume "only someone who's done this before could be good at it." Not so with DevRel:

You can't look for experience, DevRel has barely existed for very long. If anything, non-traditional folks are often the best — Developer Success Engineer, Application Infrastructure Startup

DevRel as a formal practice has not existed for long. You can't expect most people to have meaningful experience doing it. Again, this reinforces the idea that many potentially great developer advocates aren't currently in the role.

Another important point to keep in mind is the job description for DevRel tends to be loose and ill-defined in many ways due to the nature of the role:

The job description is extremely loose. Best people need to grow into it to some extent — Developer Success Engineer, Application Infrastructure Startup

Regardless of what you think the person needs to do, the reality on the ground will look somewhat different. Accept this, and know that the best developer advocates will navigate this ambiguity regardless of whether they are an "obvious" fit based on their professional experience to date.

One of the "obvious" characteristics people often filter on is social media following. But not so fast:

Social media is just one part of the toolbox. Further, social following in one area does not necessarily translate to another — Developer Advocate, Analytics Infrastructure Startup

It's debatable how much a social media following is in fact required for success in DevRel. It's typically helpful for sure, but it's not everything. Being able to authentically and credibly connect with other developers is much more important:

You don't really need to have a following to be good at DevRel. It's much more important to have street cred [with developers] — Founder and Former Developer Advocate, Application Infrastructure Startup

In fact, social media can sometimes backfire (as we all know). In DevRel in particular, it can sometimes create the impression the person was merely "acqui-hired" for their social media sway rather than technical skills developers tend to appreciate and respect. I wouldn't say this is enough of a risk to be too worried about, but it's worth keeping in mind:

Social media helps, but it can also be problematic in certain ways. It can sometimes create the perception that they were just hired for the followers they have, rather than their technical capacity. That can problematic for the person and the company — Product Manager and Former Developer Advocate, Big Tech

Look for the core characteristics, regardless of current title

Rather than hire based on surface-level characteristics like current title or social media following, focus on identifying raw talent and passion for a key aspect of the role — working in public:

There's a lot of raw talent out there. They are often already blogging. They are trying to get permission to speak at conferences — Director of Developer Relations, Web Development Startup

Look for people who are already doing DevRel without necessarily having a title for their efforts (yet). These are engineers who are writing blog posts (either for their employer or their personal blog), speaking at conferences, and publicly interacting with other developers. This is where social media can be value — it's not so much about having a following as much as it's about having a participatory presence:

Look for people who are already stepping up and doing the work. They are speaking at conferences, authoring blog posts, interacting on Twitter. Doesn't matter what their title is — Product Manager and Former Developer Advocate, Application Infrastructure Startup

In addition to behaviors, attitudes matter too. We've already discussed the importance of empathy, but a core desire to teach and help others is important too. Self-taught programmers are often great about this (since they know how hard it is to learn something on your own):

Self-taught programmers are great. They often have a chip on their shoulder and a willingness to teach others. They understand how valuable help is — Developer Success Engineer, Application Infrastructure Startup

The founders and DevRel folks I spoke to agreed: these core characteristics are more critical to success in the role than prior experience or social media following. You likely have engineers in your team today with these traits. Maybe it's worth having a conversation about DevRel?

Constraints drive creativity and innovation. The market for developer relations talent is certainly constrained, and we need to get creative in response. Expanding your perspective for what DevRel "looks like" beyond social media following and title will help you find acres of DevRel diamonds where you least expect. 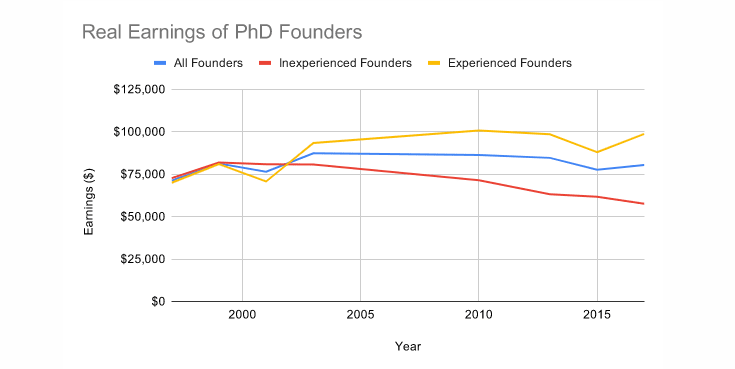 The burden of scientific knowledge and managerial complexity is crushing our best and brightest. 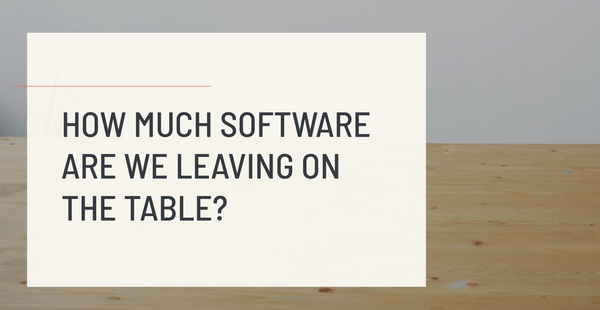