Byron Deeter, Partner at Bessemer Venture Partners, and Jason Lemkin of SaaStr hosted a live Zoom discussion last week on the current state of venture capital and cloud software in the wake of the coronavirus turmoil.

The call was so fantastic that I wanted to share my summarized notes and takeaways with you.

Things are not “business as usual”, even for VCs who have capital to deploy

VCs are going through an internal triage of portfolio companies, figuring out where the most damage has been done and what they can do to support their companies.

The best firms have plenty of reserves and will stand by and support their companies, especially the shining stars. The portfolio companies that aren’t doing so well, who are tight on cash… those are going to be the difficult situations.

If a VC has just raised a fund, or it’s only their first fund, and they haven’t yet called the capital from Limited Partners, there may be some risk there.

With all the turmoil on both the portfolio and LP side, VCs are spending less time on new deals. Net new checks are definitely going to decline:

As a firm, we are trying to be careful with our time. Bessemer is taking no courtesy meetings right now. Anyone we meet with is someone we think could actually be an interesting investment — Byron Deeter

If a VC calls, you should still take it, but don’t have too many expectations. Many “false signals” (i.e. mild, but not serious interest) right now.

When founders should raise capital and what to expect

Driving net new conversations is going to be hard right now. VCs are simply busy right now, and there’s not much you can do about it.

It’s very difficult to start a deal process right now unless it’s being lead by one of your existing investors or someone you’ve already met and gotten to know well pre-crisis.

If a VC ghosts on you, don’t take it personally—reach back out in a few weeks once things have settled down.

If you already deep in negotiation and have most of the terms locked down, get the deal done immediately. Emphasize speed over greed — Bryon Deeter

For companies that were right about to kick off a financing and don’t have a big cash balance in reserve, that’s where the question of bridge financing comes up.

Given current conditions, bridge financings will be smaller in dollar terms than they typically are, but those dialogues are definitely happening.

Founders should definitely ask their VCs for bridges, don’t be afraid to ask — Jason Lemkin

If you don’t already have discussions underway, don’t be afraid to hit pause. People will become more deal-minded in the coming months and will be looking to the broader market to inform pricing.

Term sheets are a slippery concept

Some people may try to take advantage of the current situation and retract term sheets.

See it as more of a temporary dynamic based off the current market situation than any judgement of your startup or idea. It’s not a death knell.

If an investor comes to you and wants to re-discuss pricing, I would encourage you to be open-minded to that. Try to close the current deal if you can, but if they want to reprice, that’s probably OK. Meeting somewhere in the middle is good, focus on getting the deal closed — Byron Deeter

Consider venture debt as an option:

If you’ve already locked down a venture debt line and think you might need it in the next 12 months, I would encourage you to draw it down right now — Byron Deeter

Careful though—in 2008 several debt providers withdrew venture lines they had extended to certain startups. In some cases, this ended up taking down the company, as they couldn’t survive without the debt financing.

This is less of risk with the tier one debt providers, but be careful with others.

The “new normal” for VCs and founders

Not all is lost

The fundamentals of most startup businesses are much better now than they used to be. Bookings will slow, churn will go up, but startup fundamentals are still much better than the 2000 or 2008 period where many companies went to zero.

Startups will get a little bit of a pass right now on financial performance from investors. Everyone understands that things are crazy right now. That free pass should last at least a few quarters.

The disruption may end up actually helping companies build a better foundation for the long-term by focusing on product and other critical areas and while deprioritizing go-to-market for the time being.

Even more reason to take a pause on go-to-market: some companies are reporting a spike in requests for demos right now, but this is another false signal. People are at home and bored, so they are signing up for demos on a whim. The conversion rate to actual deals will be much lower than is typical.

Great entrepreneurship happens across all cycles, but your ability to scale will be moderated during this recessionary period.

If you have made a ton of progress since your last round, up-rounds can still happen. But if you have any worries, take what you can get as far as capital.

You have to accept that multiples before were simply fantastic. Now they may just be OK to good.

If you are in a structured program or accelerator like Y Combinator, don’t be surprised if you don’t find an investor as you exit the program. Typically, completing one of these programs without receiving funding is a bit of a black mark. The current situation is an exception to that.

Batten down the hatches

That said, times are grim in more ways than one.

Flat is the new up—if revenue doesn’t decline you are doing something right.

Get your burn under control.

Sensitize all your projections. If bookings falls off, burn goes up, and that’s really tough on your cash runway.

If you’re approaching an exit, know that the M&A market is likely heat up later this year. Many companies have been stockpiling cash, waiting for this moment. (The others are getting bailed out).

Companies that have been waiting to be aggressive will soon jump in. That should be true for transactions large and small.

And if you were planning a public offering, be warned—the IPO market is unlikely to recover in the same way.

We have just seen one of the fastest 30% declines in market history. It’s almost unprecedented.

The good news is that it’s driven by an external shock that didn’t have to do with economic fundamentals. Therefore, optimistically we should see a solid rebound once things settle down, a vaccine is prepared, etc.

SaaS is fetching 8-10x multiples on revenue in the public markets, which is still much better than any other industry. Many of the well-known SaaS companies today grew up in an era where 8-10x revenue was the norm, and they did fine.

In hindsight these will seems like very reasonable numbers given what’s happening right now.

Many people thought ’08-09 was horrible, that we were never going to recover from it, but we did:

Citibank told me to take my startup’s cash and put it under a mattress. One of the biggest banks in the world had no confidence there would be an improvement in the market — Jason Lemkin

SaaS is particularly resilient relative to the overall economy:

Some industries and verticals will be harder hit than others

While the macro picture for SaaS overall is far from dire, certain sub-sectors will see significant near-term pain.

There will be complete dislocations in certain industry verticals like travel. If your product serves SMBs, be ready to take a hit. Small businesses are seeing the worst disruption in the current environment.

Recruiting solutions will probably have a tough go of it for the next few quarters, as will marketing tech.

The more core your product is to your customer’s systems, the more resilient your revenue will probably be.

That said, prepare for some economic hit, no matter what industry you are in. Things can change very fast—companies that were reporting no impact last week are now seeing 30-40% declines in new business.

Get ahead of this—figure out what your leading indicators are for potential problems. Poor customer health, will ultimately lead to churn, which will lead to revenue and business impact.

How the virus rocked stocks 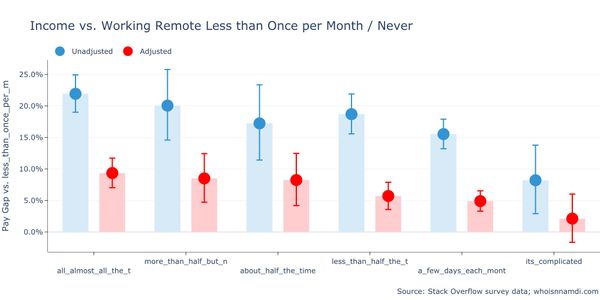